Stine Linnemann is an artist and activist. Her practise is centered around creating art for and with people. This includes co-created projects made in collaboration with different minority groups as well as doing creative activism, within the fields of social justice and sustainability.

Stine Linnemann originally trained as a textile designer, completing a BA in Textile Design at the Royal Danish Academy of Design (2010) and an MA in Woven Textiles at Royal College of Art in London (2013).

Stine started her career as a freelance textile designer working for the international luxury fashion industry, with clients including Louis Vuitton, Alexander McQueen, Rick Owens, Calvin Klein, Paul Smith, Givenchy and many more. After a stint in Ethiopia, working for local fair-trade handweaving companies, she returned to Denmark and set-up her own studio in Copenhagen. 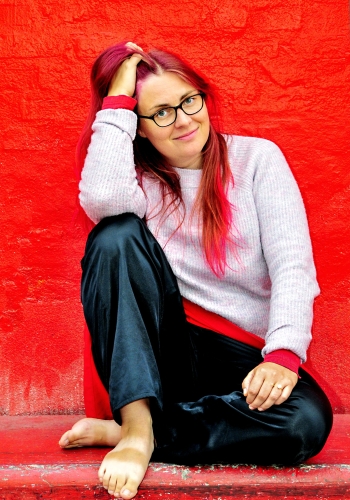